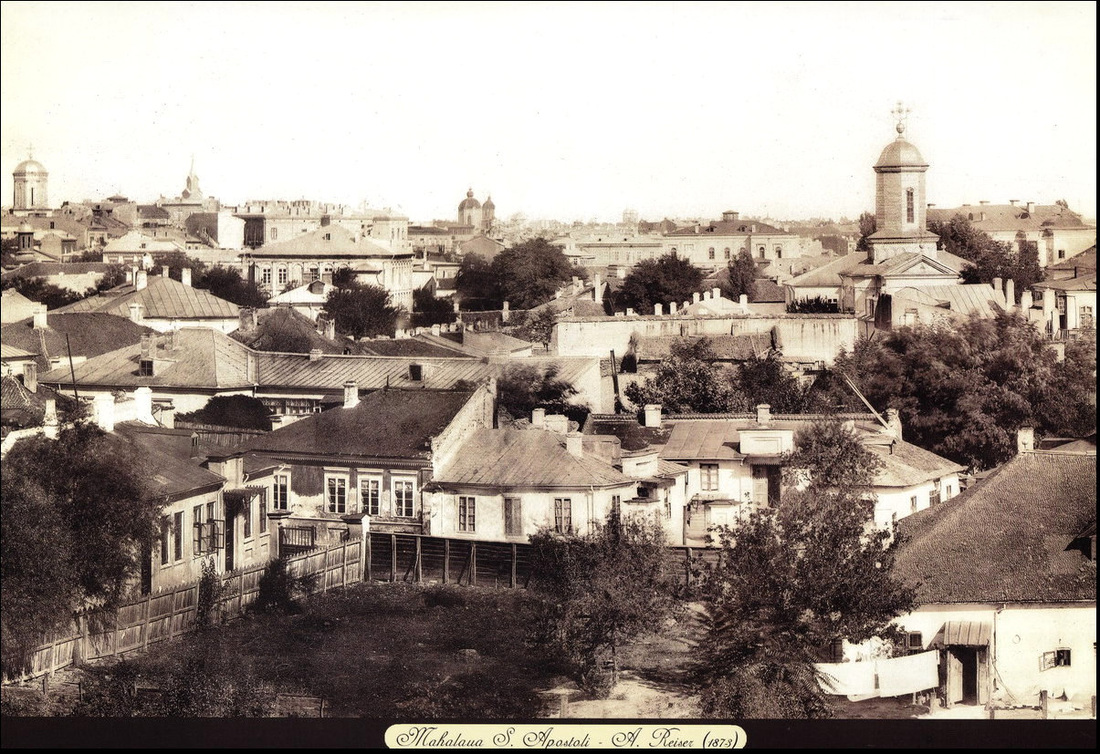 Foto fra Reisersatelier fra det gamle Bukarest. Bemærk at der endnu i 1873 er stråtækte huse i hovedstaden. Fra Mahalaua, S. Apostoli, Bukarest, Rumænien 1873. Kilde Wikimedia. ES.
Andreas D.Reiser (1840-1898), German photographer (born in München), active in Romania between 1872 (or 1867) -1883, than, till his death, in Egypt (Cairo and Alexandria). In Romania, at first, he established in Giurgiu. Then, he opened a studio in Bucharest, near the Oteteleșanu house, on 23 Calea Mogoșoaiei (future Calea Victoriei); it was the former studio of K.F.Zipser and later, after Reiser left for Egypt, it was taken by E.Pesky. A.D.Reiser was married with the sister of Franz Duscheck. During the Romania's War of Independence (1877-1878) he worked on the front, together with Carol Szathmári and Franz Duschek, contributing with some captures, to the album "Suvenir din Resbelul 1877-1878" ( which was mainly realised by Szathmári). In 1884 he left Romania for Egypt, together with his brother-in-law; the country change was probably due to Duschek's illness (end stage tuberculosis, which was soon to be fatal). But, even after Duschek's death, he continued to work there the rest of his life. His former partner, Anton Binder, and his son Lucien continued to run his Alexandria studio untill 1914. Kilde: HER.ES.