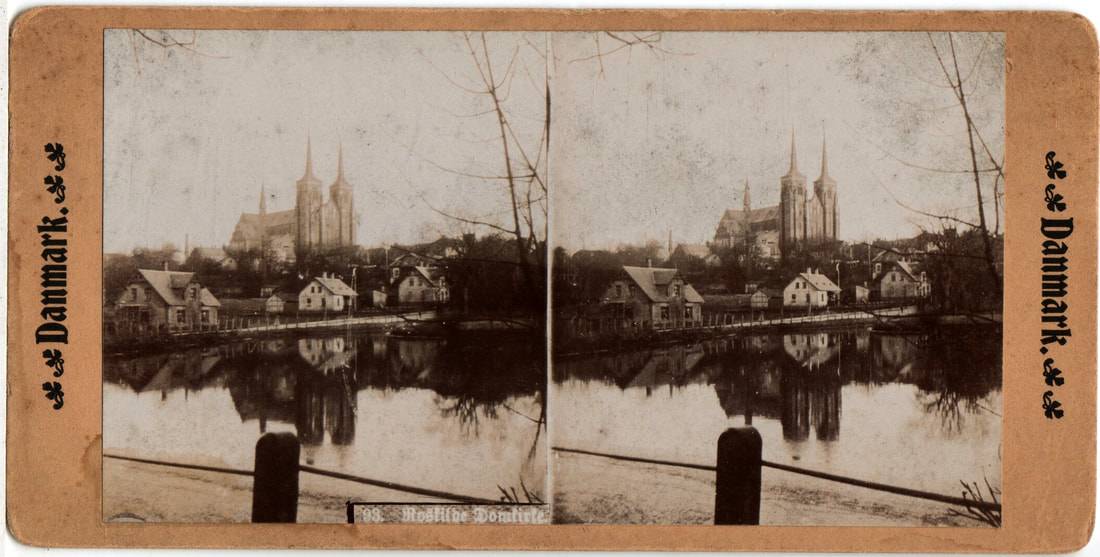 WALLINE, ANDREW LARSON  Walline had a studio in Gowrie, Webster County, in the early 1900s.  He used a curved mount format.  He may have also worked in Des Moines.  From the Gowrie News, May 7, 1936:  “A. L. Walline, Gowrie photographer and prominent member of the Congregational Church here several years ago, died Monday morning in a hospital at Hampton, where he had been a patient since January 17.  Mr. Walline moved from Gowrie twelve years ago to open a photo studio in Clarion.  Funeral services will be held here this afternoon with the Rev. W. L. Patterson of the Methodist Church in charge.  Andrew Larson Walline was born in Willinge Malmohus Lan, on November 27, 1865, and was baptized the same year.  He learned the cabinet making trade and worked at that trade after coming to the United States in 1888 and locating in Des Moines.  While working in Des Moines he attended night school and became a naturalized citizen at that time.  Later taking up the photographic business, he conducted studios at Harcourt, Stratford, Boxhold, Ogden, and Gowrie.  He was united in marriage to Miss Anna Dahl of Harcourt on January 16, 1898 and they made their home in Gowrie.  To this union three sons were born; Lawrence who died in 1916; Paul, of Crookson Minnesota; and John of Hampton.  Surviving Mr. Walline are his sons, Paul and John, and a granddaughter, Phyllis Walline, daughter of Mr. and Mrs. Paul Walline.”  There are ten examples of this photographer's work in the SHSI collection.  Several are of towns near Gowrie.  Some are Sweden views, pirated comic or views from Eastern states. KILDE: HER. 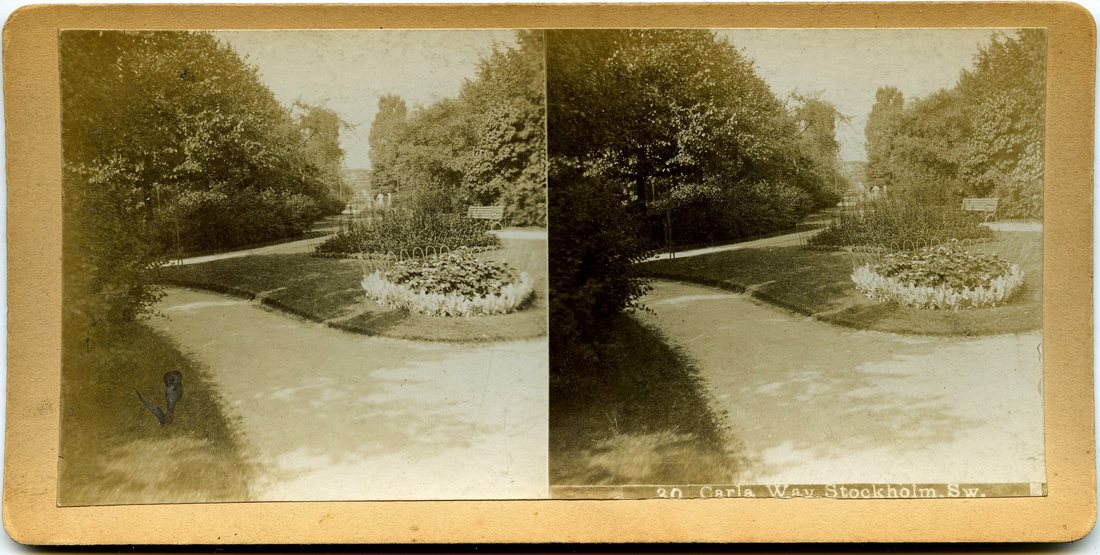 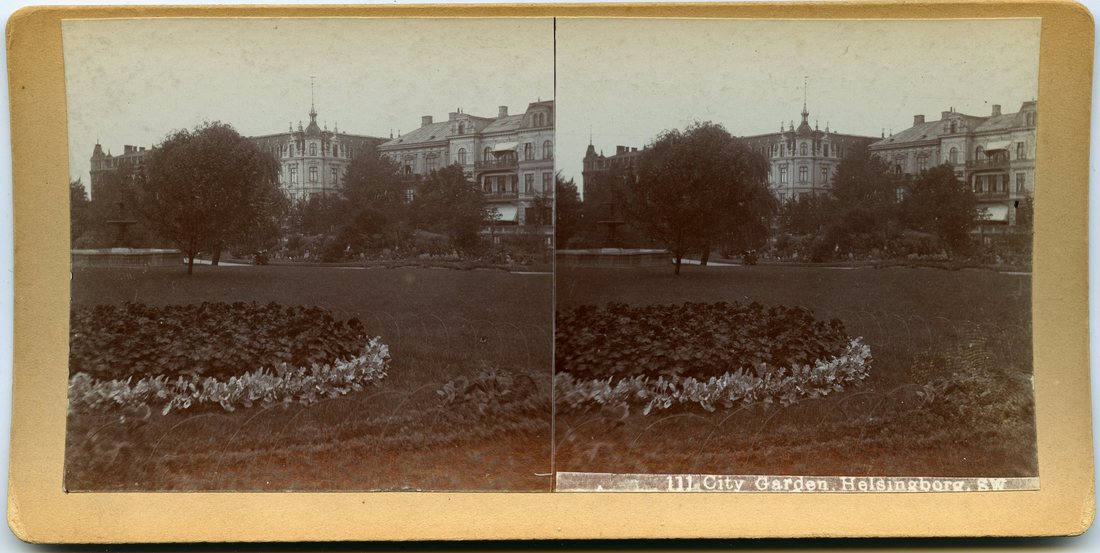 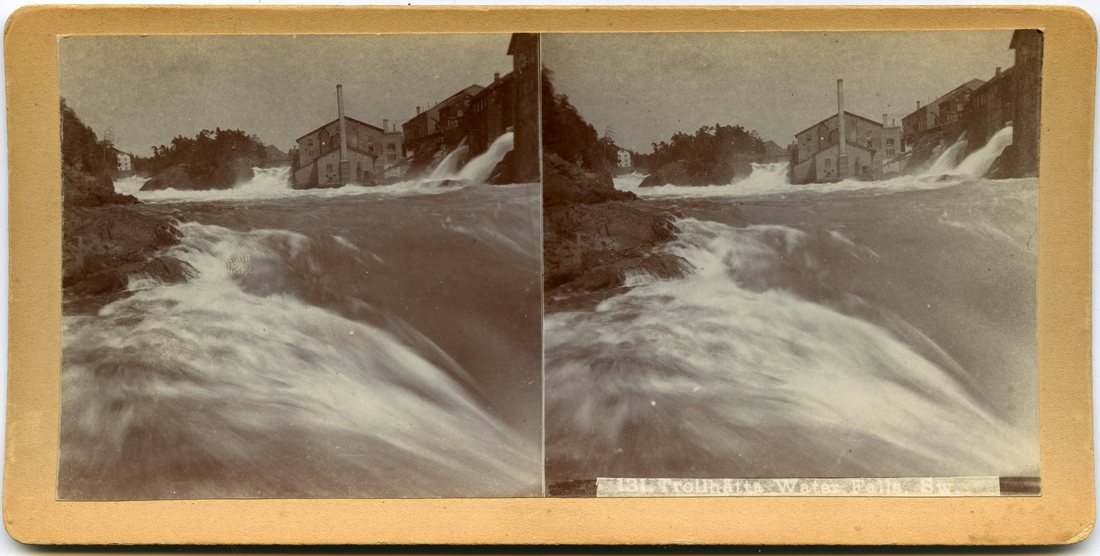 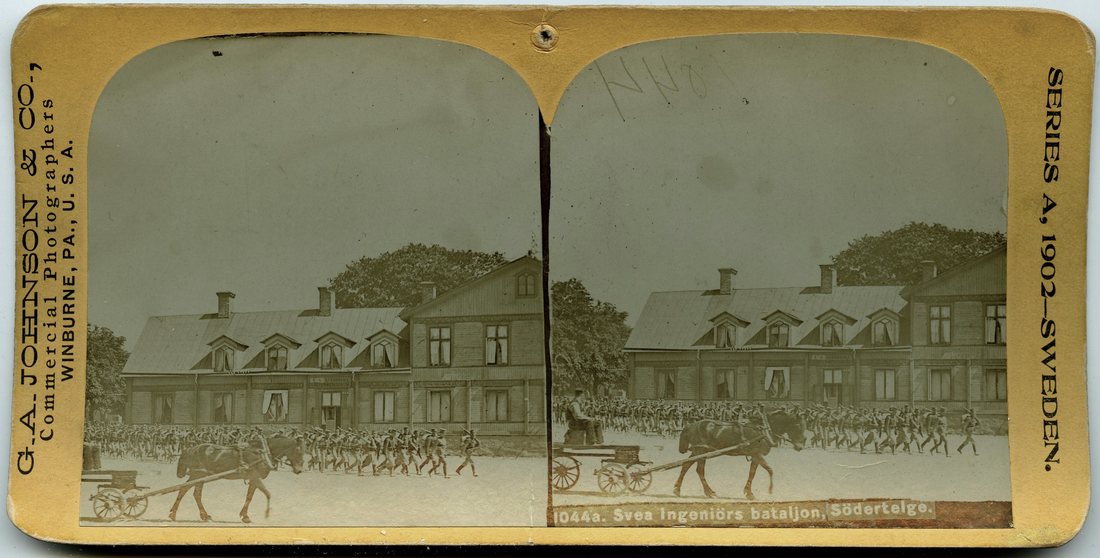 Gustav Adolph Johnson (1864-1950) was born in Grubbetorp, Brålanda parish in the province of Dalsland, north of Vänersborg town in western Sweden. He immigrated to the USA in 1886, and settled in Winburne, Clearfield County, Pennsylvania, where he worked as a miner until 1888, when he started a printing office. In 1901 he travelled in Sweden, collecting about 3,500 photographs which he used as stereographs.
KILDE HER